Our research focuses on advancing the state of the art of mechatronic components and systems, enabling the realization of robots (legged robots, humanoids, manipulation platforms and wearable devices) that can mirror the physical performance of the human body, demonstrating enhanced power and strength of performance combined with physical resilience during challenging interactions. 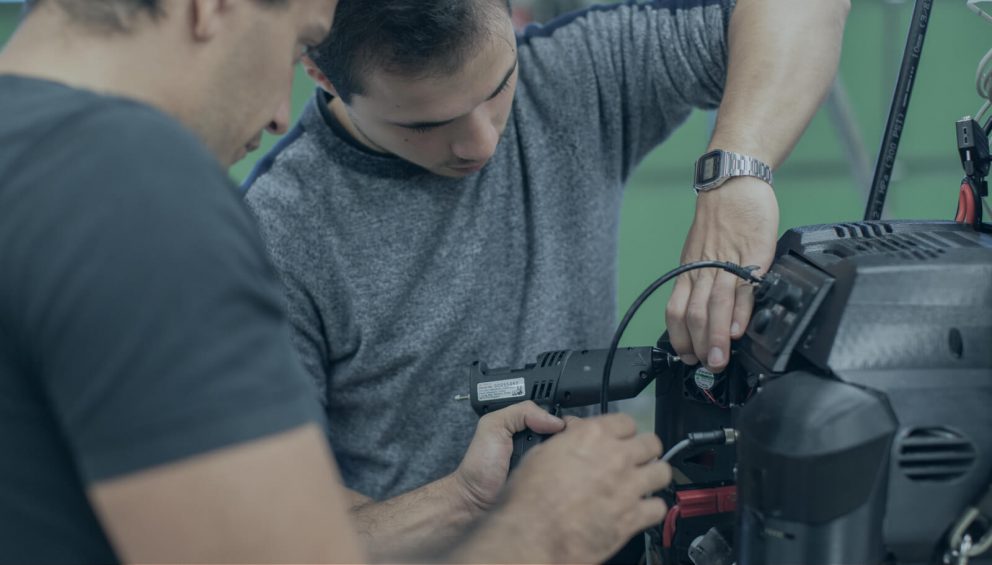 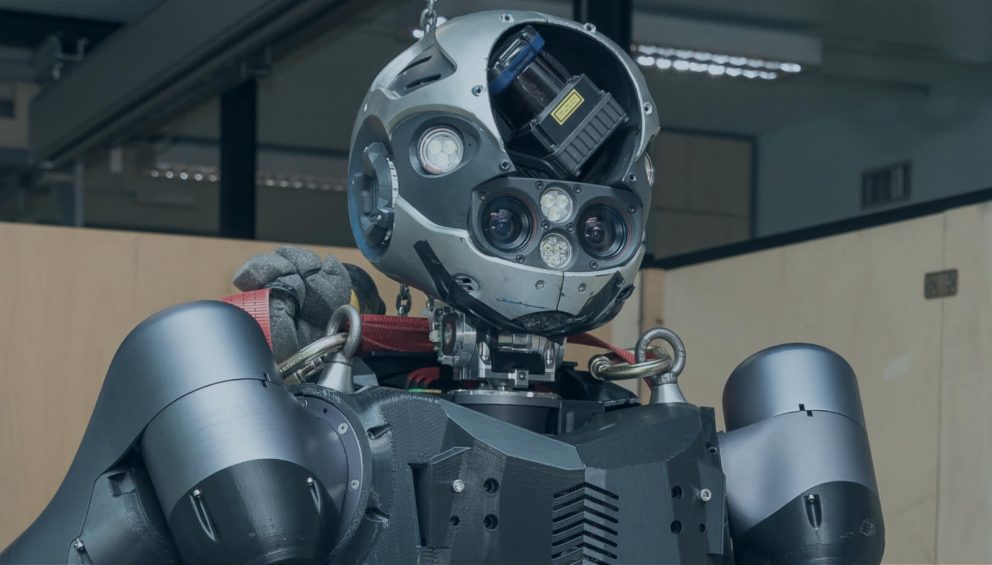 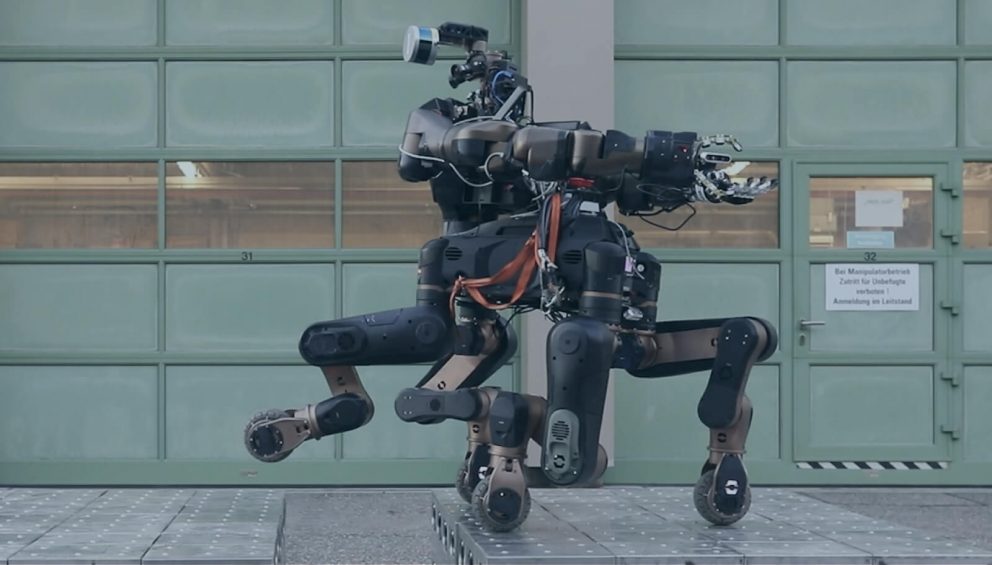 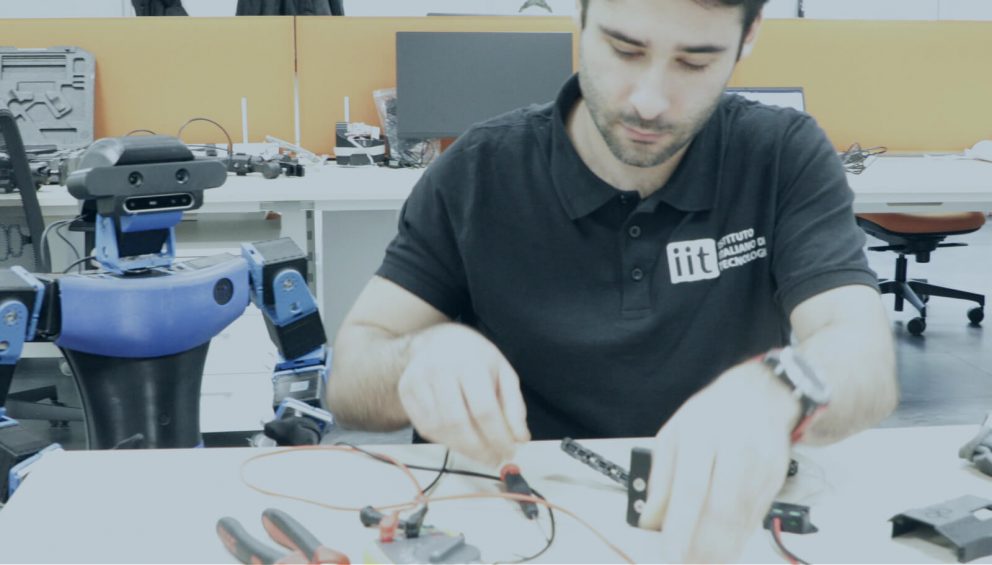 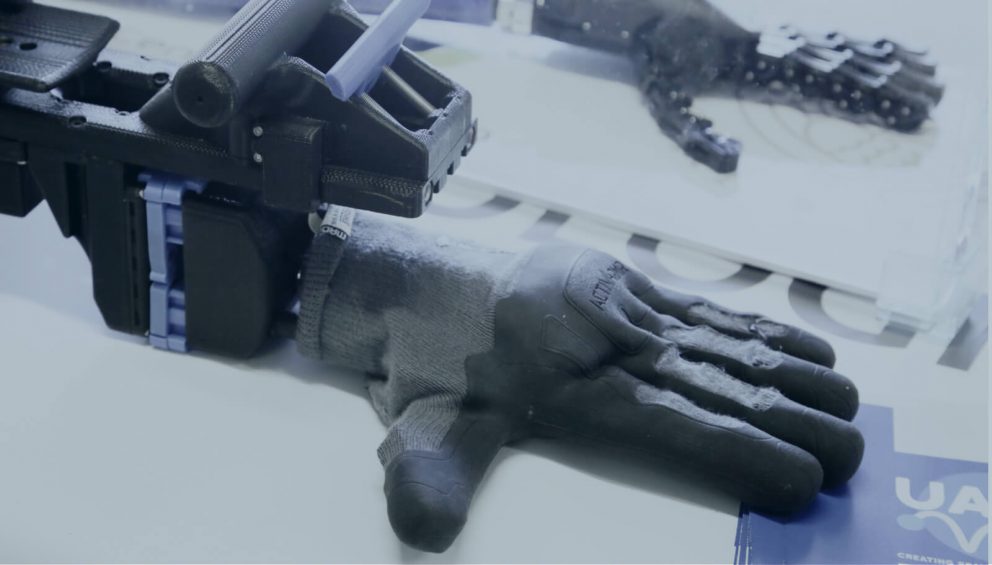 We investigate novel joint actuation and elastic transmission systems solutions and the related control schemes that can demonstrate energy-efficient and high peak operation using large energy storage capacity elements, efficient actuation drivers and energy recycling techniques. The developed actuators are considered for walking, hopping and in general legged robots, including full humanoids and exoskeletons. Research in the utility and control of the actuator extend also toward energy storage and recovery in high power bursts such as throwing, kicking and jumping of anthropomorphic robots. 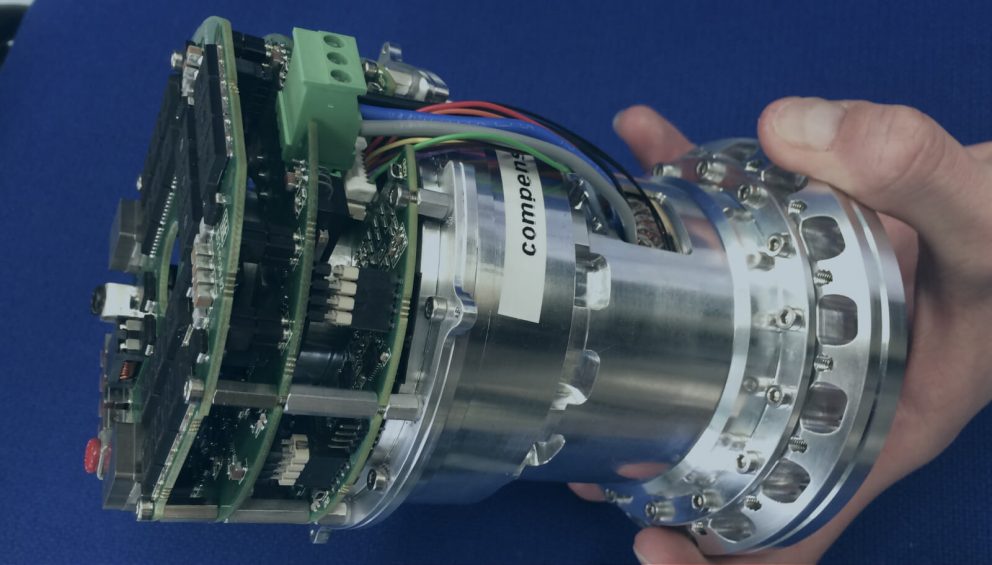 This results in new design methodologies and solutions to realize highly customized robotic machines that can demonstrate enhanced physical body capabilities in terms of power and strength density, physical endurance and motion economy.

During the year we developed several robotic platforms such as COMAN, WALK-MAN and COMAN+, Alterego and the hybrid mobility quadruped robot CENTAURO, several robotic manipulation systems as well as wearable devices and tele-operation input/feedback interfaces.

End-effectors are the means of interaction between a robot and the environment. Getting close to the richness and complexity of the sensory and motor functionalities of a human hand with a robust and economically reasonable robotic device remains one of the hardest challenges in robotics.

The Pisa/IIT SoftHand provides a solution robust and easy to control as an industrial gripper, while exhibiting high grasping versatility and an aspect similar to that of the human hand.

The hand has 19 joints, but only uses one actuator to activate its adaptive synergy. Of particular relevance in its design is the very soft and safe, yet powerful and extremely robust structure, obtained through the use of innovative articulations and ligaments replacing conventional joint design.

The result is a human-like, intuitive grasp motion that, compliantly and safely interacts with environment and people. The SoftHand gentle yet firm grasp can adapt to a wide range of daily-lives activities, be them performed by robots or human alike.

During the years the Pisa/IIT SoftHand concept has been transposed in different implementations and contexts, leading to a family of SoftHands to answer to the needs of different areas and contexts such as industrial or prosthetics.

In the industrial environment two evolutions of the Pisa/IIT SoftHand are particularly relevant. The Pisa/IIT SoftHand 2, with the introduction of an additional degree of actuation, represents a complexity–dexterity tradeoff, exploiting friction effects to generate extra motions while imposing minimal changes in the original mechanics. This novel hand is able to perform both precision and power grasps, as well as to manipulate objects while maintaining a stable grasp through its mechanical intelligence.

The SoftGripper, instead, shares the basic components of the Pisa/IIT SoftHand (e.g. compliance through underactuation), while it is completely different in most respects, including the kinematics, number and length of the fingers. It is composed of four fingers placed in a cross configuration, exhibiting an axial symmetry, each of them is composed of a series of four modular phalanges connected through a compliant version of the Hillberry rolling joint that enables a soft and safe behavior, and allows to recover from fingers overextension.

From a kinematic perspective, while the SoftHand was designed for reproducing the first synergy observed in human grasps and has an architecture particularly suited for versatile grasping, the SoftGripper reproduces the caging primitive, i.e. a grasping approach where the object is fully enveloped by the fingers.